Unfortunately, we recently made our daily backup a python-based system that uses ListFeatureClasses and got bit by this bug.

After discovering missing data in our backups, I reconstructed what happened and found this bug. Below is arcpy code that iterates through the feature datasets in a geodatabase and lists the feature classes: 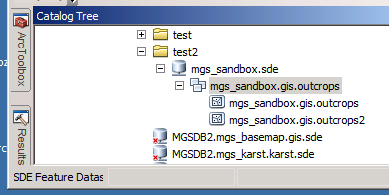 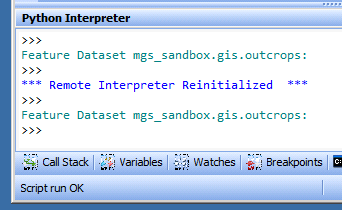 But if I rename the feature dataset (e.g. outcrop_fd), the results are what I would hope for: 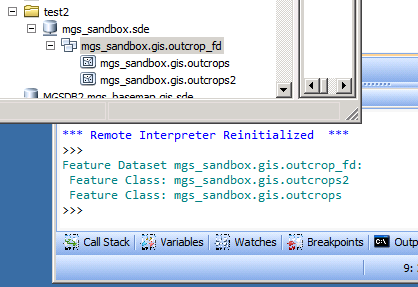 I found that the feature class does not even need to be within the feature dataset and also the problem does not always occur, I have had the code successfully run in some cases.

Once I confirmed the problem, I did find this thread from almost three years ago that mentions the bug. One poster indicated the same thing occurs in ArcObjects which leads me to think something may not be getting registered right in the sde tables.

I was not able to re-create this using either personal or file geodatabases.